The arcadian village Snappertuna is most know for the grandiose Raseborg castle. Even though the castle gets a lot of attention there is more to adore in Snappertuna. Have you heard about the Lovers' Path or the charcoal village Malmbacka?

During the Middle Ages there was a small village next to the castle, and it was called Tuna. That village was the start to Snappertuna, according to the latest archaeological discoveries. Tuna was a well-off community and many of the inhabitants worked for the castle. Snappertuna was a local authority from 1915 to 1977, before the municipality was incorporated with Ekenäs and Karis. Today all the villages belong to Raseborg. In Snappertuna there’s an active primary school, a kindergarten and a home for the elderly. In the beginning of the 21st century it was still possible to visit the bank and the library, but these services are not available anymore.

The history of the castle

Now Snappertuna is a small part of the municipality of Raseborg. At 14th century when the castle was built it functioned as a trade center and a military base for Västra Nyland. At that time the castle was surrounded by water and because of that it had the perfect location for commerce at the Gulf of Finland. Since the castle was so big and influential there was even an idea about competing with Tallinn. At the 15th century the Swedish king and his court lived at Raseborg Castle. During this time there, was an own brewery in the castle because the consumption of beer was so high. You can also today buy Raseborg Castle’s own beer that’s made from the hop around the castle. At the 16th century the heydays were over and the castle was abandoned for three hundred years.

The Raseborg Castle is one of the biggest tourist attractions in Västra Nyland. The tower got recomposed during the 20th century and after that it became appreciated by both tourists and locals. During the summer season the Raseborg’s summer theatre offers popular programs in the stage next to the castle. Companies and individuals have the opportunity to rent the tower and organize epic parties. During summer you can go on daily, guided tours in the castle and afterwards perhaps for a lunch in the restaurant called Slottknektensstuga.

To Snappertuna village centre along the Lovers’ path

The scenic Lovers’ path (500 m) leads from the Raseborg castle ruins to the folk museum Snappertuna Forngård, an old fisherman/farmer’s house in the centre of Snappertuna village. In the house museum you can learn what life was like in the 1850 insular farm. The museum consists of a main building and various sheds, granaries, and lofts. All the buildings are originally from Halstö island. The Lover’s Path twists and turns through beautiful nature, alongside the sheep’s meadow and with a small bridge over the river. If you’re lucky you get to pet the small sheep and feed them with grass. If you keep walking across another bridge over the river, you’ll soon see the Snappertuna church. It’s a cruciformed wooden church and it opened at 1689.

Malmbacka is a small rural village in historical Snappertuna. Here you can enjoy our beautiful nature year-round, make hiking and bicycle trips, spend vacation days, and experience countryside peace and quiet at its best. The village consists of charcoal workers’ huts and small timber cottages, without electricity or plumbing. Food is prepared over an open fire, there is a sauna for washing, and the toilet is a good old outhouse. The area contains three old charcoal hearth bases dating back to the 1600’s when charcoal was manufactured in hearths to be used in the iron works here in Västra Nyland.

It’s easy to visit Snappertuna with a boat. You can disembark at Sandnäsudd Gästhamn where you can shop in the small store, eat something good from the café or why not try mini golf or tennis? If you want to take a dip in the sea you should visit one of the beaches Box simstrand, Lagman or Kolaholmen. 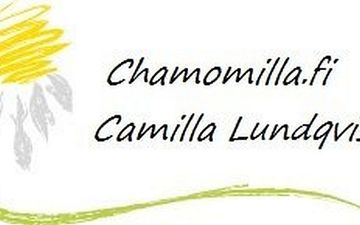 Homeopathy treats each person as a unique individual with the aim of stimulating their own natural h... 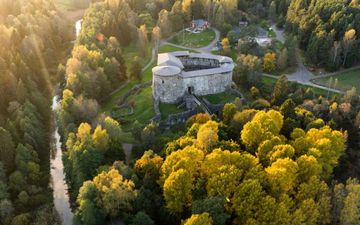 Roam the Knight's Hall and the solars, live the part of a soldier in the hallways with loopholes, an... 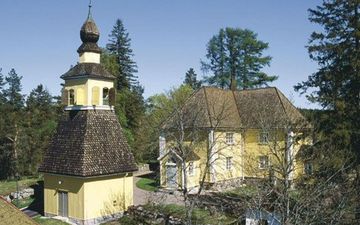 Snappertuna church is the oldest cruciform church in the area and it was built in 1689. The oldest ... 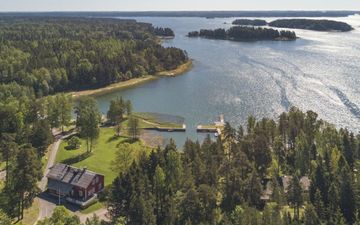 Calliola offers inspiring and high-quality conference and hospitality services by the sea. Calliola ... 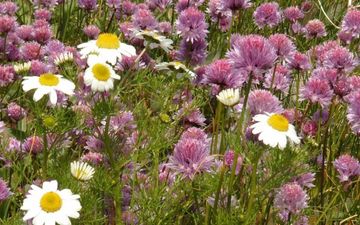 Lagmans Camping is located in Snappertuna right next to the sea. The camping area offers a peaceful ... 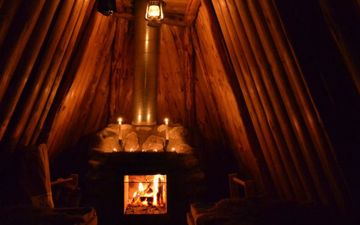 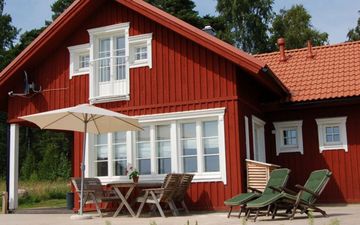 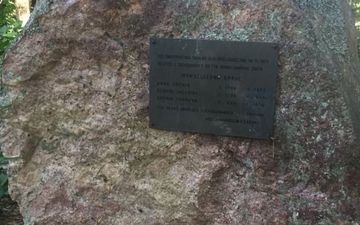 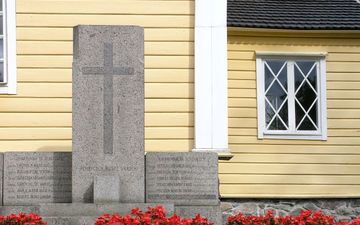 The hero graves at the Snappertuna Church are in memory for those who have fallen for Finland's free... 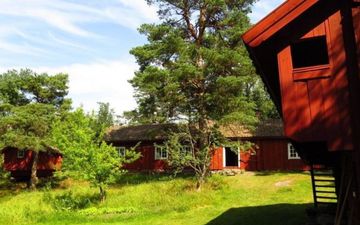 Snappertuna Homestead, Forngården, is an outdoor museum. Here you can familiarize yourself with life... 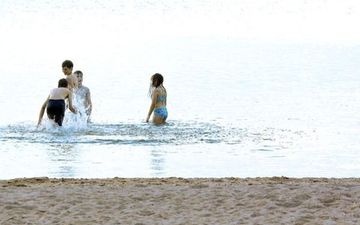 Sand beach is situated next to Lagman camping. One changing hut is available.... 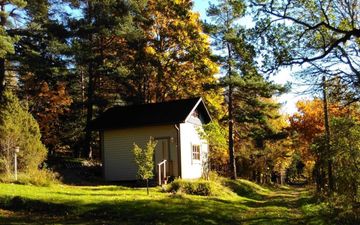 We offer well-being with several natural, gentle and effective treatments, well-being and health of ... 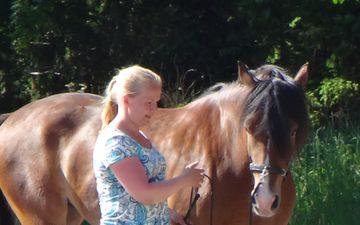 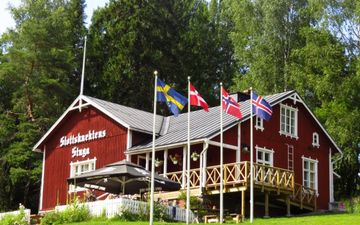 Slottsknektens stuga (The Castle Guard's Lodge) is a restaurant and café in a historical building fr... 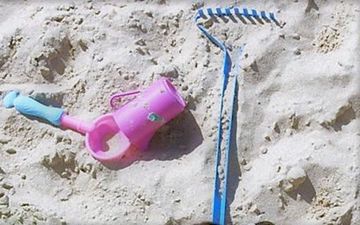 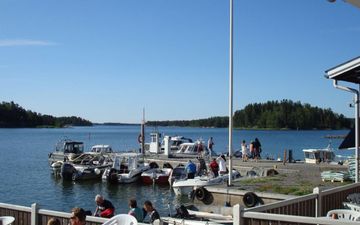 Here you can enjoy a nice cup of coffee in the café and buy your groceries in the Sandis archipelago... 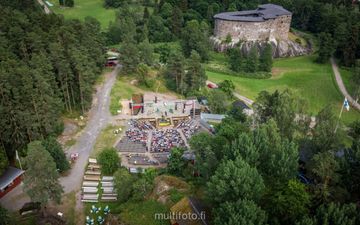 Raseborg Summer Theatre is the largest summer theatre in the Swedish-speaking Finland with over 1000... 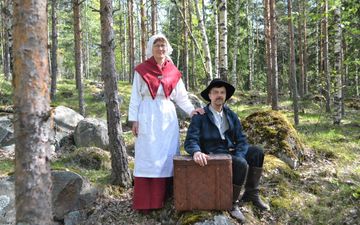 If you want to learn more about charcoal manufacturing in stack, you can book an authentic guided to... 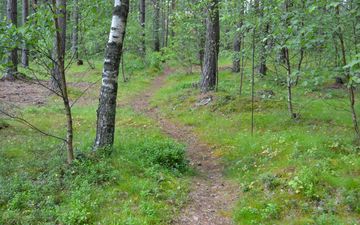 Along the path you can enjoy the silence and the beautiful nature. You can also test your knowledge ... 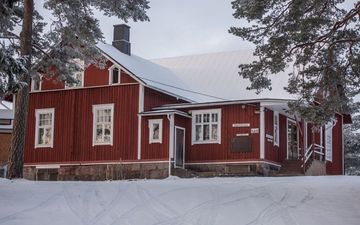 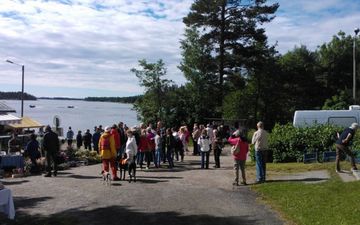 Located in the Ekenäs archipelago in the junction of the outer and inner fairway between Helsinki an...